Every year approximately 600,000 women in the United States choose to have an abortion, according to the Center for Disease Control. More than half of the total number of women who have obtained an abortion, a full sixty-percent, are already mothers. Yet, abortion can often feel like a lonely and complicated decision. 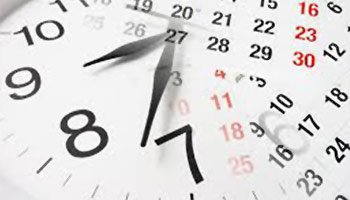 Here’s what you need to know: The most basic answer.

In most states, abortion is an option up to 24 weeks of pregnancy. Some states cap their restriction at 20-22 weeks gestation.

Unless a physician or state law prohibits, you are able to receive abortion services as soon as pregnancy is confirmed.

Abortion procedures performed in the late stages of the second trimester and throughout the third are typically performed due to complications with the fetus or the mother.

Information on abortion laws in your state can be found at the Guttmacher Institute. Now, more below on the specifics of each method.

How Early Can You Get An Abortion?

Typically, the earliest abortions are performed at 4-6 weeks of pregnancy, however, this does vary by state.

Though abortion can be performed earlier, 4-6 weeks is generally when women begin experiencing symptoms of pregnancy, with a missed period often being the first sign.

A pregnancy test and ultrasound will confirm pregnancy and will be performed before abortion procedures to determine gestational age to determine which method is to be used to terminate the pregnancy.

If you are under ten weeks pregnant, chances are the method chosen will be a medical abortion, which involves a pill taken at home. Since 91.6% of abortions are performed within the first thirteen weeks of pregnancy, most women will be given abortion pills rather than receive a surgical abortion.

How Late Can You Get An Abortion?

If you’re wondering “how far along can you get an abortion?”, you’ll find that the answer can be different from state to state, though you’ll find that most late abortions can be performed up to 24 weeks. It is illegal in most states to perform an abortion after such cap unless the mother is in medical danger or the fetus is no longer considered “viable” due to some form of complication or deformation.

Though these late abortions are an option, it’s not typically chosen by most women. In fact, only 1.3% of women have an abortion performed after 21 weeks, and only 7.1% of abortions occur between 14-20 weeks.

While abortions this late are acceptable in most states if medically necessary, it is not a choice most women or physicians make since the possibility for complications becomes greater.

Abortions performed later in the pregnancy will require a surgical abortion, which doesn’t require any incisions, and typically takes ten minutes. (see below for more details)

A missed period is often the first sign of pregnancy, and this could be as early as one week from fertilization, and typically within four weeks.

The answer to the question “When can you get an abortion?” may not be all that easy to ask yourself. It may take you time to make the decision to terminate your pregnancy. But if this is not the case, you can seek abortion once pregnancy is confirmed. The earlier your abortion is performed the easier, safer, and more cost effective it is.

A medical abortion will likely be chosen for its effectiveness and ease with this early of a pregnancy. You will receive abortion pills during your examination with instructions on how to use them. This is the safest method of abortion available.

There are times in which it could be recommended to wait until weeks 5-6 to perform any procedure, to reduce the risk of complication such as infection. But this is not generally the case since, according to the CDC, abortions performed in the first trimester are one of the safest procedures one can receive. The risk of complication is less than .05%, whereas the risk of death from birthing a child is eleven times greater than abortion.

It is always best to check state regulations as soon as you make the choice to terminate a pregnancy since there are some regulations that require counseling or waiting periods before procedures.

The majority of abortions may be performed in the first trimester, but there are still plenty of women seeking this service in the second and for many reasons. The restrictions imposed by many states, and even the lack of available facilities to the number of women seeking abortions in the state, may push the date on when you can receive an abortion into your second trimester.

In some cases, the choice to terminate is a medical one. If the mother is at risk from something such as hypertension, which can become severe to the point of causing a heart attack, an abortion may be recommended by physicians.

It’s worth mentioning again that, though the second trimester lasts up to 27 weeks, the time in which an abortion is an option is up to 24 weeks, unless medically necessary.

Some women may not even realize they are pregnant until this state due to irregular periods, spotting, and/or lack of other symptoms.

During the second trimester, a surgical abortion will be chosen since abortion pills will no longer be considered a viable and effective method of abortion for the stage of development.

In the earlier stages of the second trimester, Aspiration will likely be the chosen method. It is a gentle procedure and can be performed rather quickly, but will require physicians and, depending on the state, may need to be carried out in a hospital.

After 16 weeks of gestation, dilation and evacuation will be chosen as the method of abortion. This method doesn’t actually involve any incisions and can be done in approximately ten minutes. Though it carries more risk than the medical abortion, it is still a safe option for those seeking an abortion under 24 weeks of gestation, and still safer than childbirth.

While it may be illegal in most states to carry out an abortion in the third trimester, the federal law deems it legal to receive an abortion even in the ninth month of pregnancy, and all states will allow this for certain exceptions such as when it is deemed medically necessary for the life of the mother.

Hypertension was mentioned above, but there are other such medical complications that may bring about the need for an abortion at this stage, such as the development of cancer. If the mother develops cancer and can’t receive treatment unless an abortion is performed, it is deemed admissible by law in most states.

Older mothers may experience complications that affect them more severely and becomes a risk to their life, and the life of the fetus.

At this late stage, the method likely chosen will be dilation and extraction.

Abortion Methods & The Time Periods These Are Available

The abortion pill is available up to ten weeks of gestation and is a non-surgical option.

The abortion pill is not just one pill, but two separate pills used in coordination to induce a miscarriage and end a pregnancy. It works by blocking progesterone in the body, a hormone necessary to sustain the pregnancy. The embryo will detach from the uterus with the first dose, and the second will cause the lining of the uterus to shed much as it does during your period.

To use abortion pills, you will likely take them at home with your full day available for this procedure as well as for rest.

You may also receive pain medications and/or antibiotics with this procedure.

Vacuum Aspiration is available from 10 weeks of gestation up to 16 weeks and is considered a surgical abortion though there are no incisions made. In fact, there are no electronic machines used in this procedure.

This procedure involves a gentle suction through a tube that goes through the cervix and empties the uterus without any scraping. The vacuum is operated by hand and takes approximately five to ten minutes.

By emptying the uterus in this way, physicians are reducing the risk of infection from remaining pieces of the lining or aborted fetus.

Anesthesia will be used for this method as well. It is a simple and speedy procedure with minimal recovery time.

Dilation and evacuation is a surgical procedure used up to 16 weeks of gestation, which involves entering the uterus through the cervix and removing tissue from the lining of the uterus via a scoop-like surgical instrument.

It’s a procedure that takes about ten minutes with minimal downtime, and will also use either local or general anesthesia.

This method is available after 16 weeks up to end of full-term pregnancy.

Generally, the dilators will be placed two days before the procedure and will allow access to the uterus.

Medicines will be administered that will soften the cervix. This can take 12-24 hours.

At this point, after the cervix is softened, medicine will be injected into the abdomen to reach the amniotic fluid, or the umbilical cord of the fetus to terminate the pregnancy. There will be contractions and evacuation of the fetus, and then a curette will be used to ensure no placenta is left behind in the uterus.

Recovery time for this procedure is greater, and there are potential side effects and a higher risk of major complication.

A hysterectomy abortion is performed when other, less-invasive options are not available or advisable. It can be performed up to the end of a full-term pregnancy.

It is a procedure similar to a cesarean operation, but with a smaller incision in the abdomen, through which the fetus is removed.

Out of all other methods, a hysterectomy abortion poses the highest risk and longest recovery.

Late term abortions may look very different from a medical abortion in the early stages of pregnancy, but in nearly every stage, abortions are a safe and effective way to terminate a pregnancy for any reason. But like anything else, going to a licensed and experienced professional will always be your best option for receiving the best care.

If you’re seeking an abortion, go to an experienced physician that can help you find the right option for you.

What Can I Expect Before During & After I Take the Abortion Pill?