The abortion issue is a debate held not only in America and not only in this present day. Abortions weren’t always controversial, but they became illegal shortly before the 1900s. As time passed the laws eased, but an astounding 1,193 state laws still restricted the procedure. Then in 1973, Roe vs Wade made it legal across the nation. The long history of abortion is fascinating, so keep reading to learn more. 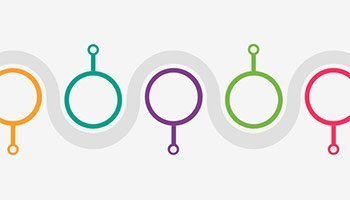 When Did Abortion Start?

Abortion isn’t a new concept. In fact, there is evidence of abortion taking place far in the past and from all around the world.

History of Abortion in the World

Scholars have spent decades studying abortion and its history. What they’ve discovered is this: women have been having abortions for as long as they’ve been giving birth.

History of Abortion in America

From the 1600s up until the 1800s, abortion was completely legal in the United States. In fact, it was so widely practiced that it was advertised in papers and could be purchased from pharmacists, homeopaths, midwives, and even sent through the mail. In the U.S., abortion was legal before “quickening” (the point at which you can feel the fetus moving in the womb). Even the church remained unopposed to abortions at this point, believing it acceptable until “ensoulment” (also believed to be the point of quickening).

So, when did the view of abortion change from being a common, well-advertised practice into one fraught with disapproval, illegality, moral objections and stigma?

History of Abortion in the U.S.

America’s abortion history reaches back to long before it was considered illegal. It was common among slaves and settlers alike. What changed the perception of abortion wasn’t a matter of religion, but more of politics and discrimination.

Discrimination was at the heart of the illegalization of abortion in America, as there was motivation in the medical community to gain control of and profit from such a popular procedure.

It’s complex, but there were many events that led to this. Here’s what was going on at the time:

His efforts didn’t stop there, and while more people rose to oppose him, the number of supporters also rose. In general, the 1800s brought many changes to the lives of women, especially concerning their reproductive rights. Efforts were made to gain and maintain control over the medical sphere, protect capitalism and keep women in mostly domestic roles. Along with this and moving forward into America’s next century, several laws came into play over the course of over 100 years.

The history of abortion in the United States is somewhat of a rollercoaster, involving a host of political elements and laws, not the least of which was the Supreme Court’s decision in Roe vs. Wade. It’s a topic that has often been met with resistance. Here’s a history of abortion timeline of laws, beginning in 1821 Connecticut.

1821 – Connecticut: The first restrictive law on abortion was passed, making it illegal for a pregnant woman to receive or take any type of “poison” intended for miscarriage. Contributing to this was the popularity of pennyroyal and other such drugs, which taken incorrectly or at too high a dose, caused death.

1873: The Comstock Law criminalized contraception and abortion, except in cases deemed absolutely necessary by a licensed doctor.

1890: More statutes restricting abortion unless medically necessary cropped up around the U.S., advocated by the American Medical Association.

1896: The Chicago Health Department enforced rules on their midwives that disallowed them to own any instrument used in abortion procedures. There was also a growing trend in facilities, organizations, and even newspapers to diminish the reputations of abortionists. It became a long campaign of changing public opinion on abortion.

1965: Griswold v. Connecticut (a court case about contraception) ruled in favor of a woman’s privacy.

1973: Elected and voluntary abortions remained illegal until the Roe v. Wade case when it was ruled that women had the right to privacy, which included their decision to terminate.

1976: The Hyde Amendment passed, preventing the funding of abortion through Medicaid.

2000: Stenberg v. Carhart ruled against the ban on partial-birth abortions by Nebraska law. The ruling on this case by the Supreme Court eliminated 29 other statewide bans.

2003: After passed by Congress, President Bush signed into law a federal ban on all abortion procedures, which was immediately struck down by the National Abortion Federation in court.

Throughout history, cultures relied heavily on herbal and seemingly harsh and obscure methods to force miscarriages, including the use of pennyroyal and crocodile dung, starvation, the tightening of one’s girdle, and physical abuse. How and when did these transition into the methods we know and use today?

1600’s: By this point, syphilis had become a problem. Condoms were created using linen or animal intestines and were often coated with a type of spermicide.

1800’s: The use of herbs and other dangerous methods continued until the 1800s, which saw the rise of more science-based medicines. Dr. Bronson’s Female Pills were advertised with the words, “remove difficulties arising from obstruction.”

1830’s: Madame Restell became the most notable abortionist for more than 35 years. She advertised pills and powders through magazines and traveling saleswomen. When those methods didn’t work, women were directed to her clinic for a surgical procedure.

1866: Syringes were advertised to “destroy the life properties” of sperm.

1900’s: By now, abortion was illegal. Women forced miscarriages through back-alley abortions or self-harm, which included the use of “knitting needles, crochet hooks, hairpins, scissors, and button hooks to induce miscarriage and terminate pregnancies, often causing serious injuries to themselves or death” (source).

Pre-1930: Until about 1930, surgical abortions were more about forcing a miscarriage. Surgical (“back alley”) abortions created a death and trauma toll much higher than that of childbirth, though statistics are vague. The number of back-alley abortions rose during the Great Depression, skyrocketing the number of female deaths, infections, and sterilization through infection.

1965: The abortion pill was put on the market, but could only be taken by married women who were prescribed the pills by a doctor.

Abortion methods have evolved and transitioned over the course of U.S. history from being more dangerous than childbirth to one of the safest producers you can get. We arrived at this point with the aid of dozens of significant women, such as Madame Restell and Margaret Sanger, along with the women who stood for change in court and founded such organizations as The Feminist Women’s Health Center and The American Birth Control League.

Abortion today is safe, effective and has limited, if any, side effects. By remaining legal and accessible, the development and improvement of procedures and medications can remain strong in safety and effectiveness.

The health and safety of women and their right to receive abortion care will always remain a priority of Eastside Gynecology. To learn more abortion history facts and about our abortion services, contact us.