Facing an unwanted pregnancy and having made the decision to have an abortion, a woman now needs to choose between a medical versus a surgical abortion. Deciding which type of procedure is best for you can add confusion to an already stressful situation.

In this article, we will go over both the surgical abortion and the abortion pill, the differences between the two, and the benefits and risks associated with each. This should give you a better understanding of the choices available to you. 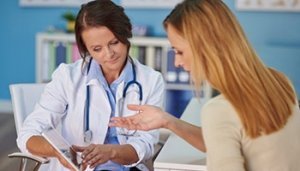 How far along in pregnancy it can be performed
Surgical abortions can be performed 5 to 14 weeks after the first day of the woman’s last menstrual period. Women are often asked to wait until six weeks. If performed earlier than six weeks, the procedure may be less effective.

Procedure
A surgical abortion involves the use of gentle suction to empty the uterus. First, the doctor will apply a local anesthesia to your cervix. (Oral medications can also be given to help you relax and to help control any discomfort.) Once the cervix is numbed, the doctor gradually widens the cervix and places a tube into the uterus. Suction is then created either by an electric machine or by a hand help syringe applied to the other end of the tube. The procedure takes less than ten minutes.

Appointments required
Most women require only one visit.

How long does it take?
The procedure takes less than ten minutes

Amount of bleeding
It is normal to have light bleeding at home after the procedure for up to two weeks.

Is it painful?
Most women experience some cramping during and shortly after the procedure. Mild cramps may continue for several days.

Effectiveness
98% of surgical abortions are successful with only about 2% of women needing a repeat procedure or other medical intervention.

Possible complications
Surgical abortion has been studied for over 25 years. Complications and side effects are rare. In less than 1% of cases, re-suction may be required.

Side Effects
Some women will experience dizziness, nausea or vomiting.

Advantages of a surgical abortion

Disadvantages connected with a surgical abortion
It is more invasive than a medical abortion. Anesthetics and drugs to manage pain during the procedure may cause side effects (serious problems are rare). There are possible complications, although they occur in less than one percent of cases. Some doctors recommend it not being done as early in the pregnancy as a medical abortion.

Procedure
A medical abortion is achieved through the use of two different medications which work together to terminate the pregnancy. These two medications taken to terminate a pregnancy are mifepristone and misoprostol.

Before being prescribed the medications, you will be given an ultrasound to ensure you are no more than 9 weeks pregnant and that you do not have an ectopic pregnancy (pregnancy in the tubes.)

The first medication, either given to you in your doctor’s office or taken by you at home, acts to block the effects of the hormone needed for your pregnancy to continue.

Appointments
A medical abortion requires at least two clinic visits. One visit is for health education, exam and medications and another is necessary to confirm that the abortion was successful. The first will last approximately one hour and the second usually lasts 20 to 30 minutes.

Amount of bleeding
Women usually have heavy bleeding for several hours and bleed like a period for an average of two weeks.

Is it painful?
Most women experience strong cramps but over-the-counter medication is usually sufficient to help with the pain.

Effectiveness
A medical abortion is effective in 92% to 98% of cases. The earlier in the pregnancy, the more likely the success. The higher failure rate is associated with taking the medication later in the pregnancy than the intended approval period.

Possible complications
Medical abortion is a safe and effective method of terminating a pregnancy up to 9 weeks’ gestation. However, there are some risks.

Incomplete abortion can occur in about 1-4% of cases and a surgical procedure may be needed to stop cramping and bleeding.

Ongoing pregnancy occurs in less than 1% of cases. In this case, a surgical abortion will usually be recommended.

Side effects
Bleeding lasts for about 10 to 16 days and it’s not unusual for it to be heavier than a normal period for 2 to 3 days.

Side effects of the medications can include nausea, diarrhea, vomiting, and chills or fever. These are usually mild and don’t last long.

Advantages of a medical abortion

Disadvantages connected with a medical abortion

Abortion Pill vs Surgical Abortion
As you can see, these are two very different procedures each with its own advantages and disadvantages. Both are considered safe, so the choice between the two is a personal one.

Women who choose to have a surgical abortion frequently decide on this procedure because of the reassurance of having medical professionals with them when the abortion occurs and because it is quicker. There is also less cramping and bleeding than with a medical abortion.

On the other hand, many women prefer a medical abortion because it can be done in the privacy of their own home, with a partner or friend. Some women also feel it is less invasive and more natural.

The decision to have a surgical or medical abortion is up to you and must take into account your particular circumstances, medical history and preference. We are here to answer your questions and can help guide you in your choice.

What to Do After a Miscarriage