Signs and Symptoms of a Miscarriage

Miscarriage is a deeply personal topic that often involves pain and loss, which means that it isn’t often talked about. This fact makes it difficult and confusing for women to know what’s happening when they are experiencing symptoms of a miscarriage. 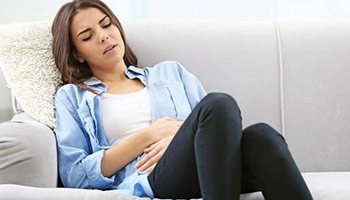 Regardless, excessive bleeding and unexplained pain in the abdomen – whether you know you’re pregnant or not – often begs the question, “Did I have a miscarriage?” Below are insights into what a miscarriage is, how it feels, and signs that you may have had one. A guide meant to either eliminate the possibility and/or give you the information you need before speaking with your doctor.

What is a miscarriage?

A miscarriage is the sudden and spontaneous loss of pregnancy, typically within the first 20 weeks of the gestation period.
The American College of Obstetricians and Gynecologists have labeled miscarriages as common. In fact, they’ve stated that about 15-20% of pregnancies end due to miscarriage, though there are experts who believe the percentage to be much higher, due to the number of women who miscarry without having known they were pregnant.

Of the 15-20% of known miscarriages, 80% of them happen within the first trimester. Generally, women are advised to keep their pregnancies private until after the thirteenth week, due to this unfortunate fact.

There is more than one type of miscarriage. Causes for each miscarriage and treatments for such may vary. Read on to learn more.

What are the symptoms of a miscarriage?

The difficulty in identifying a miscarriage yourself lies in the reality that not all women experience the same symptoms or any symptoms at all.

Another challenge is that many women may not know they were pregnant, and possibly even experience minimal symptoms, which are then thought to be another ailment or are dismissed altogether.

Other times, minor symptoms (such as spotting, which sometimes occurs early in pregnancy) are ignored.

While miscarriages can be difficult to spot, knowing the signs of a miscarriage can help you identify it when it happens. Learn more about miscarriages here, and read on below for an explanation of common miscarriage symptoms.

The most common symptoms include:

Recognizing these signs of early miscarriage make it easier for your OB/GYN to determine the cause, and act as a guide for treatment or further proceedings. Read on to learn more.

Bleeding is the most common symptom of a miscarriage, and it’s often the first warning sign, despite light spotting being common in early pregnancy.

Just like during a menstrual cycle, your body’s natural instinct to flush the contents of your uterus triggers the shedding of lining, resulting in blood.

In the case of miscarriage, you may experience heavy bleeding that is bright red and/ or clotted. It’s possible you may even encounter clots that are the size of a lemon.

Bleeding, especially in the first trimester, can be especially worrying, but it doesn’t always signal pregnancy loss. Other causes include infection, cervix irritation, or subchorionic hematoma.

If you’re experiencing any abnormal bleeding, check with your OB/GYN for blood tests.

Back and Abdomen Pain

Back and abdominal pain isn’t just uncomfortable, it’s… well, painful. But this kind of pain is a common symptom that women feel both in pregnancy and during monthly menstruation.

It is also a symptom of a kidney infection, ectopic pregnancy, and many other illnesses, which is why it’s a miscarriage symptom frequently missed.

Back and abdomen pain that is associated with early miscarriage symptoms can either be mild or severe to the point of being unbearable.

If you’re experiencing pain that seems unusual, especially if paired with other symptoms, it’s always advised that you seek medical attention.

True contractions are a less common symptom of a miscarriage, but when they do happen, it’s typical to experience them every 5 to 20 minutes with great intensity. During these contractions, you might find it difficult to move, and you may even feel nauseous or feverish.

Sometimes Midol or other period pain reducers can help, but generally, the pain lasts until the uterus begins to shed and a miscarriage occurs.

This can be a worrying symptom that demands medical attention and possible treatment.

If you’re no longer feeling nauseous, your breasts aren’t sore or engorged, or you no longer feel pregnant, have your OB/GYN perform an ultrasound to check for any changes in your pregnancy. They will be able to confirm the loss of the pregnancy or any other abnormalities.

There is a lot of blame women may place on themselves in the event of a miscarriage, but the truth is that more often than not, the cause of a miscarriage is entirely unknown. However, even when the cause is known, it’s usually unpreventable.

Known causes of miscarriage include:

Other Causes of Miscarriage

While work and exercise won’t generally affect the development of a fetus, there are certain lifestyle factors that can. When pregnant, it is always important to speak with a doctor about activities, health concerns, medications, etc. to your OB/GYN.

Factors that may affect the development of an embryo or cause miscarriage (beyond the unavoidable genetic factors listed above) include:

How to confirm a miscarriage at home

Having multiple miscarriage signs may be an indicator that you’ve experienced one, but aligning your symptoms is just the first step.

To confirm whether a miscarriage has occurred, speak with your doctor to have an ultrasound or blood test performed. While it is advised that you always seek answers to why a miscarriage occurred, having a miscarriage more than once may require a stronger investigation or a specialized treatment.

Eastside Gynecology specializes in women’s reproductive health, including birth control services, abortion, family planning, and miscarriage aftercare and counseling. Contact us for any questions or concerns.

Free Birth Control: How To Get It and What To Do If You Can’t