Is the Abortion Pill Safe? And How Effective Is It?

The abortion pill is not just one pill but two separate medications, mifepristone and misoprostol. When taken in a properly prescribed manner these two drugs are a safe and effective way of causing an abortion without the need for surgical intervention. 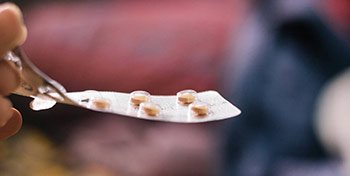 How effective is the abortion pill?

However, it is important to return to the clinic for a follow-up visit within 1-2 weeks. This visit is important to make sure your abortion is complete and that you are physically well. The follow-up will normally include a physical exam and an ultrasound or blood test.

If, as happens in rare cases, the abortion pill did not work for you, we would recommend a surgical abortion to end the pregnancy.

Abortion pill effectiveness is comparable to surgical abortion within the first 9 weeks of pregnancy.

In a study reported by the National Library of Medicine, doctors compared the effectiveness of medical versus surgical abortions at 9 weeks or less of gestation (the period of time after conception).

They collected data from 30,146 women with pregnancies seeking termination before 64 days of gestation.

The results of their analysis showed the abortion pills effectiveness. The efficacy of pregnancy termination was 99.6% for medication abortions and 99.8% for surgical abortions.

The study concluded that medication abortion and surgical abortion before 64 days of gestation are both highly effective and have low complication rates.

How safe is the abortion pill?

According to various studies, the abortion pill (medication abortion) is a very safe medical protocol. The most common adverse outcome is an incomplete abortion. If this occurs, patients can decide between taking more medication or have an in-clinic abortion.

According to one important study, less than one percent of women getting a medication-induced abortion at Planned Parenthood had a serious side effect or a failed abortion. The rate of abortion-related complications was only one in 625.

The data came from 233,805 first-trimester abortions done using the drugs mifepristone and misoprostol.

In one in 200 of those cases, women had an ongoing pregnancy that wasn’t terminated after two attempts with medication.

According to Dr. Debra Stulberg who studies reproductive health at the University of Chicago, these results show that medical abortion is very safe. Medical abortions are still less common in the United States than surgical abortions but are becoming more frequent. Women should be reassured, based on study findings, that the abortion pill is safe.

In Europe, more than 1.5 million women have terminated their pregnancies with the abortion pill with few serious complications and a success rate of 95-98%.

Mifepristone and misoprostol have been on the list of essential medicines of the World Health Organization since 2005.

Statistically, the abortion pill is safer than childbirth and about as safe as a naturally occurring miscarriage.

The abortion pill is both safe and effective and, other than in very rare cases, has no effect on future fertility. In fact, fertility returns right away and birth control methods should be started immediately following the complete termination of the pregnancy.

Talk to your doctor about how long you should wait before having sex and about different forms of birth control and which is best for you.

The Different Types of Abortions – Abortion Methods
Scroll to top