How will an abortion affect my periods?

It is completely normal for some women to feel a little anxious thinking about their next period after an abortion. Every woman is different in her recovery process as it depends on factors like how their bodies cope with the abortion, how well they look after their health after the abortion, and how far their pregnancy had progressed before the abortion. 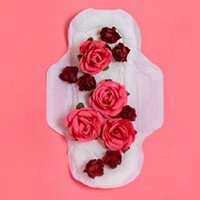 We have to remember, though, that it is important to understand the difference between post-abortion bleeding and the start of regular periods after the procedure. In case of surgical abortion, bleeding after the procedure is normal, but it should not be mistaken for menstruation.

It is noted that bleeding tends to be lighter than normal menstrual bleeding and it usually starts after the procedure itself. However, it is also normal for some women to have vaginal bleeding, which starts within the first few days after the surgical abortion. It is also normal to have heavier blood loss than normal during menstrual periods, or even passing small blood clots.

However, it is also considered normal not to bleed at all after a surgical abortion procedure, as well as bleeding on and off for a period of time up to six weeks after this surgical procedure.

In cases of medical abortions, the bleeding is usually more severe when compared to surgical abortion. During this bleeding, the gestational sac will get detached from the uterus and be expelled with the bleeding. Don’t get afraid if you notice tissue, it is something that is considered normal. The heavy bleeding should last only a day or two. However, it is normal to experience a certain amount of bleeding for about two weeks after medical abortion procedure. It is also normal to experience abdominal cramps, especially in cases of medical abortion procedure. Ovulation can return in the first cycle following an abortion, so becoming pregnant again right away is possible, even before the return of menstruation.

When the Menstrual Periods Will Return to Normal after an Abortion?

A change that can happen to your period is the flow. If you had a surgical abortion, it could result in a lighter period than normal, and with a medical abortion, it could be heavier than normal.  You might also find that you have more PMS and other symptoms such as back pain and cramping for the first few cycles. This is normal and should eventually even out to what you experienced before.

The body and especially the hormonal levels require some time until they get back to normal and start functioning, as they should. Women who usually have irregular menstrual cycles sometimes need up to 12 weeks for their menstrual periods to start.

The first period after an abortion might not be what you usually anticipate. It could be lighter than your normal one and might not last for the length of time that is normal for you.

That next period could even be heavier than you normally would expect as well. However, if your period is exceptionally heavy and long (filling more than one pad every two hours), you’ll want to contact your doctor.

If you experience any of these things, contact your healthcare provider. These may be a sign of an incomplete abortion requiring more treatment, or of an infection. Infections can happen when not all tissue is expelled during the abortion.

If you have had an abortion and have not had a period in 12 weeks after the termination of the pregnancy, you should make an appointment with your doctor and get another total check – up in order to determine the cause of this absence of menstrual periods after the abortion procedure.

As always, we are here for you at Eastside Gynecology and if there is anything that we can do to help, just call our office or contact us!

When Can I Start Using Birth Control After My Abortion?
Scroll to top