The covering of abortion by insurance companies has been a heavily and heatedly debated issue. But there is one thing the arguments continuously fail to consider – the women who choose abortion for their unintended pregnancies, and the frequency in which this occurs. 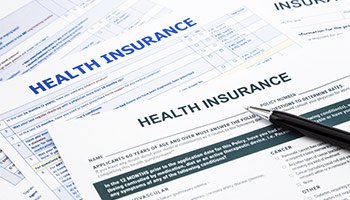 What we know is that 1 in every 4 women under the age of 45 in the U.S. will choose to have an abortion. That’s 25% of American women, according to the Guttmacher Institute. These are women of all races, education and income levels, and more than 50% of them have already given birth at least once.

The biggest question is how these women are paying for their abortions, and the answer might surprise you.

How women are paying for abortion

Half of women who choose abortion do so because they can’t afford to raise a child, or have other dependents who rely on them and their income.

The financial burden of having a child is, in fact, the largest reasoning cited for choosing abortion, with domestic abuse, relationship issues, single parent projection, and medical issues making up the remaining decision makers.

That being said, it might be surprising to note that more than half of women who receive abortion services pay for it out of their own pockets. Others are able to get it covered by their insurance.

Does my insurance cover abortion?

Many factors determine the price of an abortion, which affect the answer to that all-consuming question “does insurance cover abortion?”

While the answer to this question isn’t easy to determine, the reality is that not all women will be able to cover abortion with insurance.

Here are a few of the factors that affect whether your insurance will cover abortion:

At the federal level, the Affordable Care Act and cases such as Roe V. Wade continue to offer some protection for a woman’s right to choose.

But continuous debates have raised questions and sparked restrictions such as the Hyde Amendment, which keeps federal funds from being used for abortion services (either through Medicaid, CHIP, or funds to health services such as Planned Parenthood).

While changes in either direction seem to be stagnant at the national level, changes within the states are much faster, making states the real determining factor in women’s’ ability to receive abortion care.

Here are a few of the current restrictions (data pulled from the Guttmacher Institute):

Beyond that, only 17 states in the nation offer abortion coverage through state Medicare. Since women living in poverty make up more than half of the number of unintended pregnancies, the cost of keeping them from this procedure through such programs as Medicare may be far greater.

Where you live/work and insurance type

Because of the some of the legislation stated above, as well as many that haven’t been acknowledged, your ability to get an abortion through insurance may be restricted.

If you are a federal worker, you are less likely to receive coverage for abortion services. While others are only restricted with employer-based plans if the state has restrictions (to see what the restrictions are in your state, check this map from ACLU).

Though most with employer-based insurance have coverage for abortion, states with more restrictions tend to have fewer facilities that offer abortion services. Sometimes this forces women to go out of state, which could affect whether the procedure is covered.

One exemption to much of this legislation is student health plans. Since these are not governed the same way, you may be able to receive abortion services through your university health plan if that applies to you.

The abortion pill is sometimes separated from what is called “surgical abortion” because it is typically taken within the first 10 weeks of gestation, and essentially forces a miscarriage.

It requires no tools or any assistance of a medical professional. In fact, it’s often taken at home, sometimes days after the pill was received from a physician.

Unfortunately, this “medical abortion” falls under the same restrictions of other abortions services.

Cost of abortion without insurance

If you’ve discovered that your health plan doesn’t cover abortion, you’re likely to pay for it out-of-pocket.

The average cost of an abortion is $400- $800, and the cost may vary greatly depending on which state you live in and whether you qualify for a lower payment based on an income scale.

Once you’ve passed the first trimester, the cost of an abortion out-of-pocket can reach into the thousands and continue going up thereafter.

Ways to pay for abortion without insurance

Beyond paying to the costs of an abortion outright, there are a few other ways to get it covered, though options may still be somewhat limited.

The main two are:

Health Savings Accounts (also known as Flexible Spending Accounts) can be used for abortion services, as they are deemed acceptable medical expenses.

State-run Medicaid is another option. While federal funds aren’t able to be used for abortions, the states are able to choose how their Medicaid funds are spent.

Unless your state restricts this service (some states do – for more information view the Guttmacher Institute’s chart here) you may be able to receive an abortion through Medicaid, if you qualify.

So, does insurance cover abortions? The short answer: it depends.

Eastside Gynecology participates with many insurance providers and is in-network with Aetna, BlueCross BlueShield, United Healthcare, Cigna and many others. However, even if you don’t have insurance, we may be able to help. Learn more about fees, insurance, and our abortion services here.

We care about your experience and offer a private, confidential Patient Care Experience Process for every visitor. We also offer VIP abortion services at our New York clinic.

Eastside Gynecology takes the time to understand your needs to offer the best guidance and solutions available. Call for more information or to make an appointment today.